Paul Kipfstuhl is a lifelong resident of Northeast Ohio, having been born in Garfield Heights. He graduated from St. Therese School and St. Ignatius High School. He also graduated from Cleveland State University and Cleveland-Marshall Law School. It was at Cleveland State that he met his wife Michelle. They were married in 1981 at St. Charles Parish in Parma.

Paul and Michelle moved to Medina in 1985 and became parishioners at St. Francis Xavier. They have two children, Maria and PJ.

Paul is employed by Catholic Charities as the director of social action for Wayne, Ashland and Medina counties.

In 2001, Paul was ordained to the permanent diaconate. He is involved with the Christ Renews His Parish  women’s renewal, the Edge, RCIA, the Saturday morning men’s Scripture group as well as the Rediscovering Prayer (Ignatian prayer) series. In addition, he serves as the director of the Catholic Commission of Wayne, Ashland, and Medina. 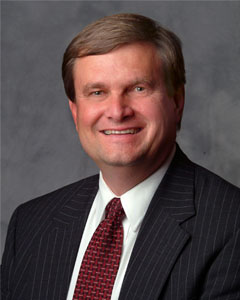